Santiago Calatrava is one of the edgiest architects alive. He is globally known for his architectural feats, his use of materials, his clean aesthetics and his Neo-Futurist style. His works seem like taken out of a dreamlike land, with structures that defy gravity and architectural conventions. He is a truly inspiring figure for every architect who dares to push the edges. Here is a selection of five iconic buildings that represent his vision. 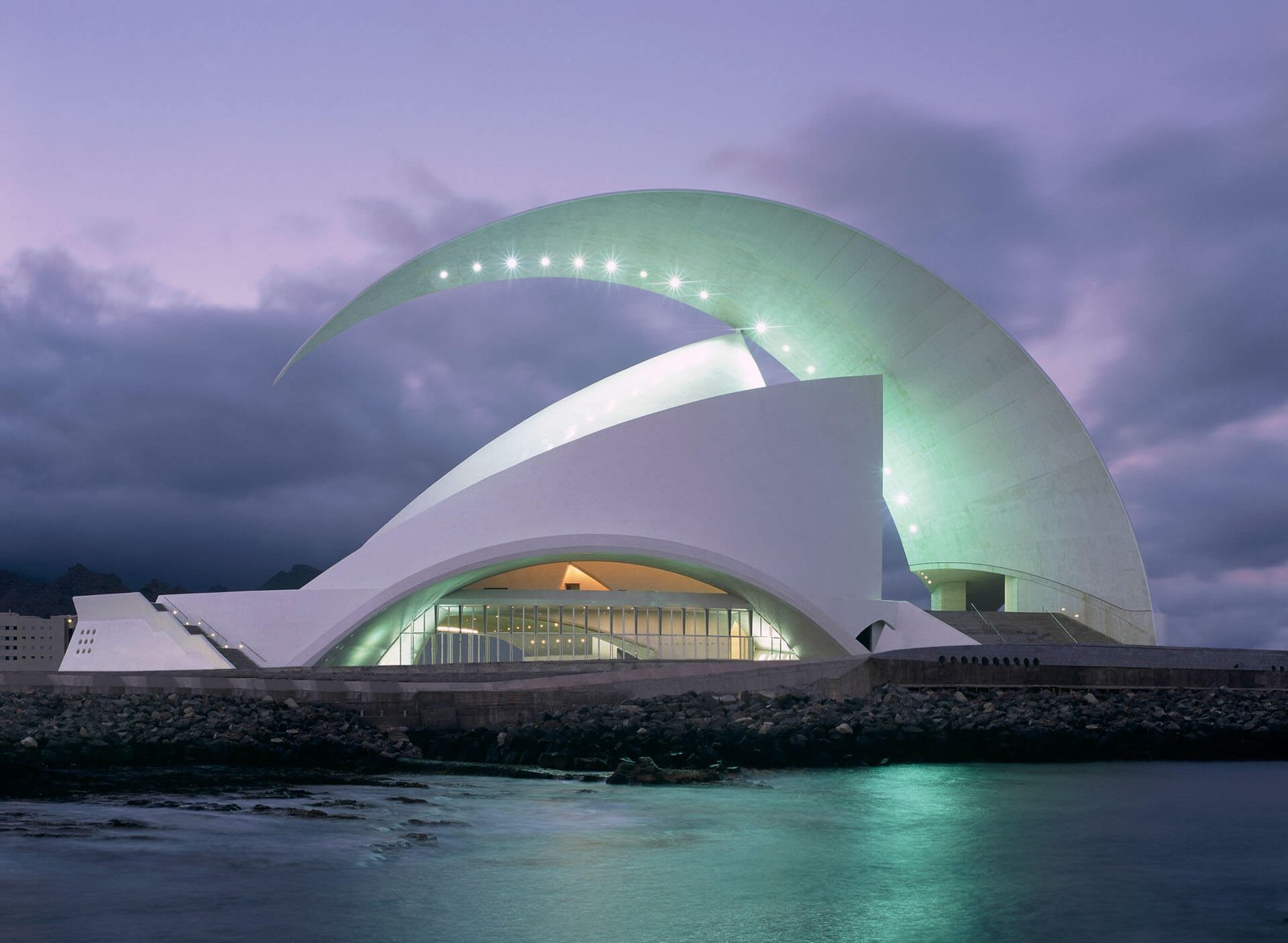 This auditorium is located in the Los Llanos waterfront of Santa Cruz, in Tenerife. It connects the city with the ocean through a concrete structure. It resembles a giant crashing wave with a 58 meters height. The auditorium can host 1800 people and the chamber music hall 400. The artists’ entrance is framed by 50 mt. tall arches, and the whole building is designed according to the acoustic necessities, with wood panels in the inside that also create an artistic and even dramatic atmosphere. 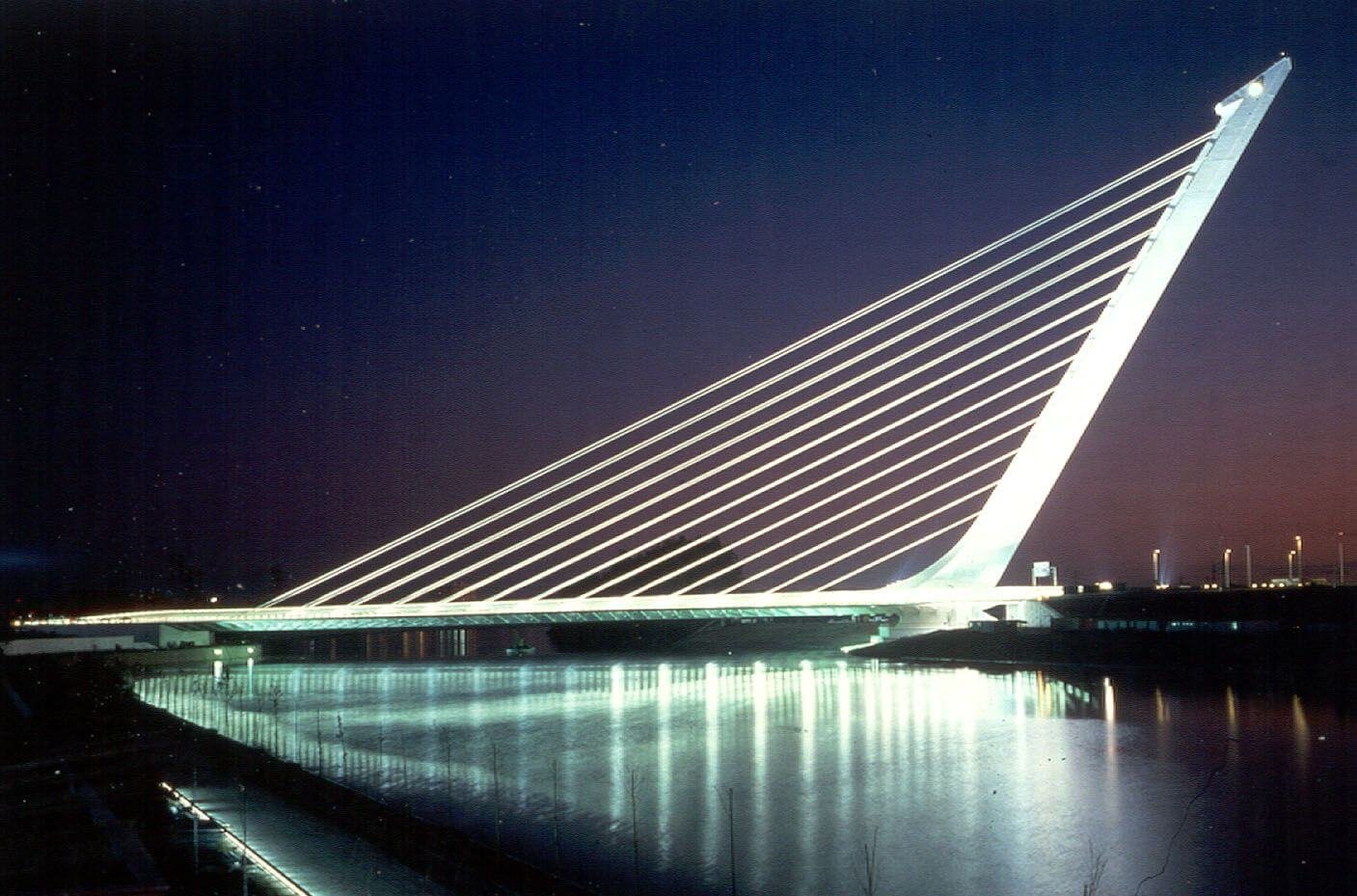 This bridge is a continuous structure with overlapping levels for motorized vehicles, pedestrians and bikes. It is 250 mt. long and it is filled with reinforced concrete. The structure is illuminated by three rows of light wells, and is supported by cables with a sophisticated infrastructure that creates a balance between both sides. The whole design is representative of Calatrava’s style, which has been widely known due to its application to public spaces for the population to use. 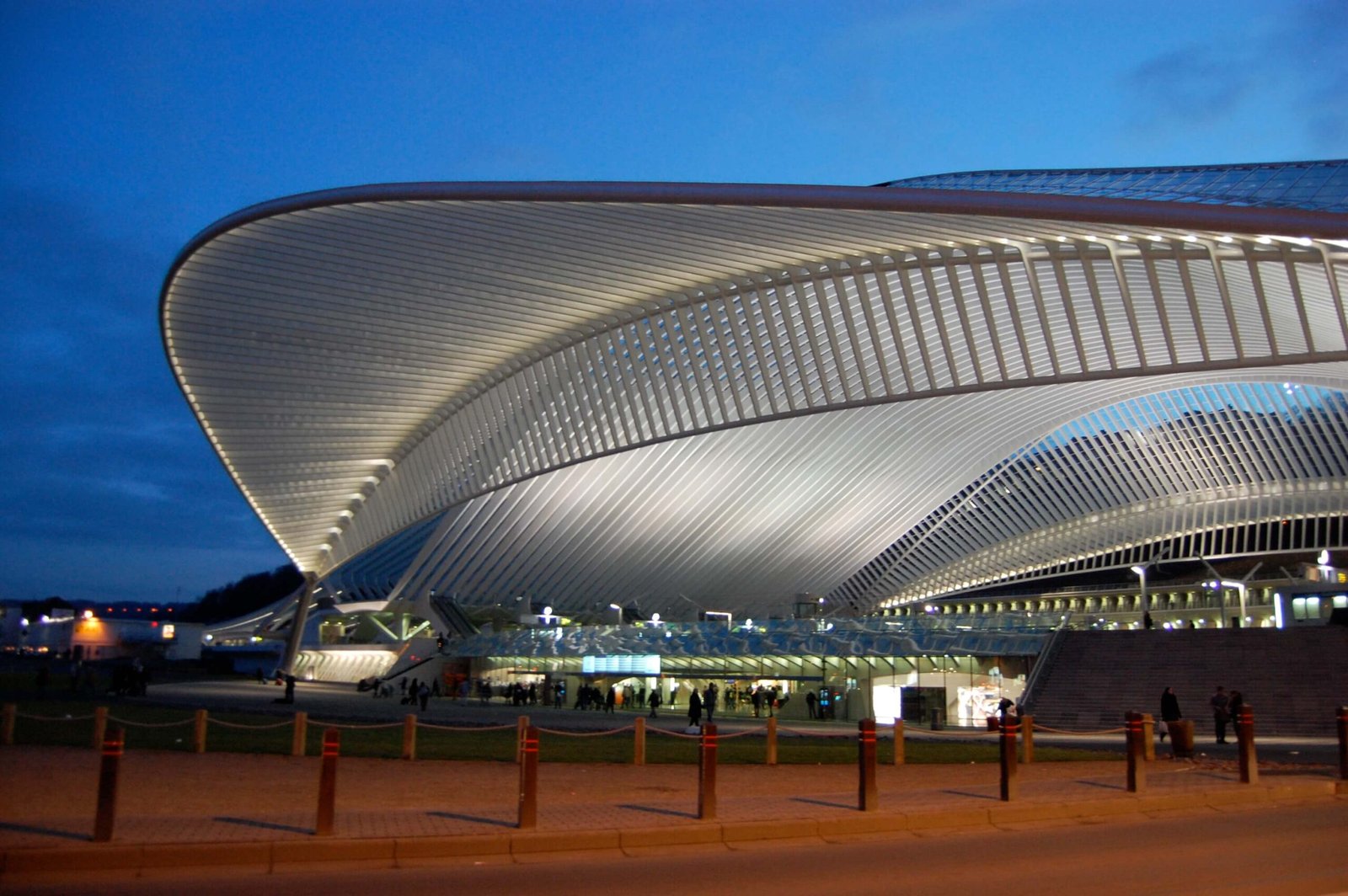 Santiago Calatrava developed this station as a connection between two areas of the city that used to be separated by the railroad tracks. It is a symmetrical structure with an arched roof that extends over the five train platforms, and a vault made of glass and steel that creates a sense of continuity between the station and its surroundings. It is a great example of the way in which architecture can dialogue with its context in order to turn into part of it instead of invading and altering pre-existing balance. 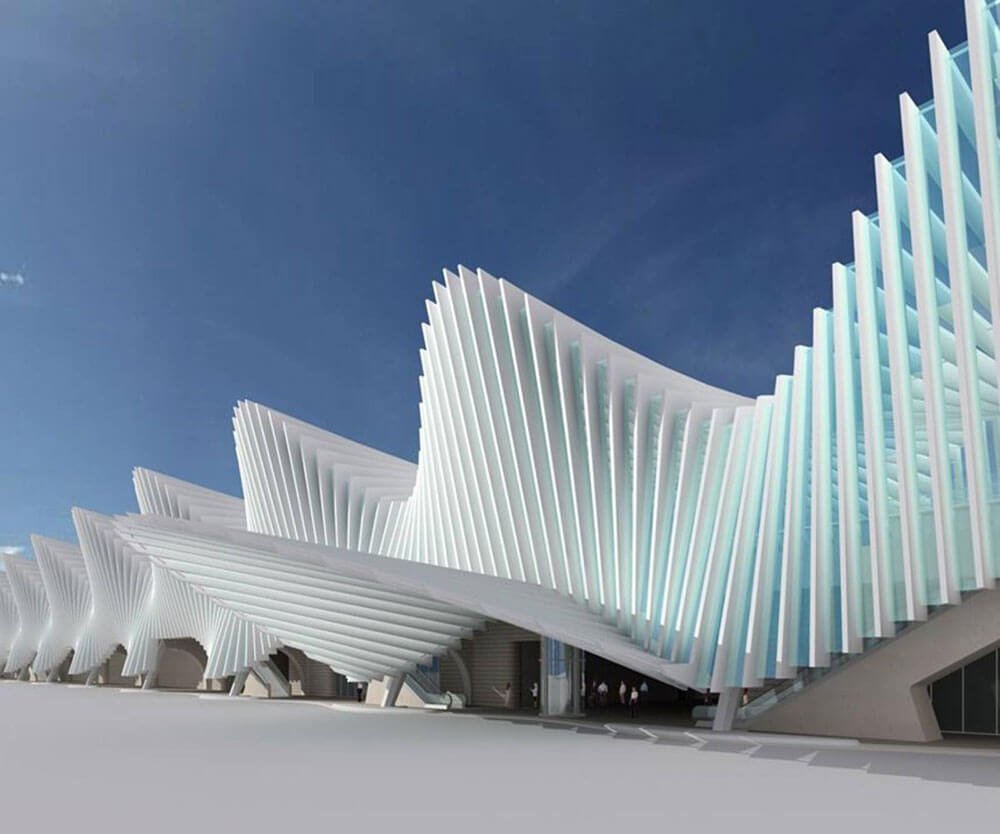 This high-speed train station opened in 2013. This master plan includes bridges, a highway toll station and other features that make the access to the city easier. The structure, which reaches 483 meters long, has a dynamic wave effect, like other works by the architect. Its facade is made of laminated glass that covers the length of the platforms. It is an impressive landmark that has proven to not only be highly efficient, but also attractive for tourists and visitors. 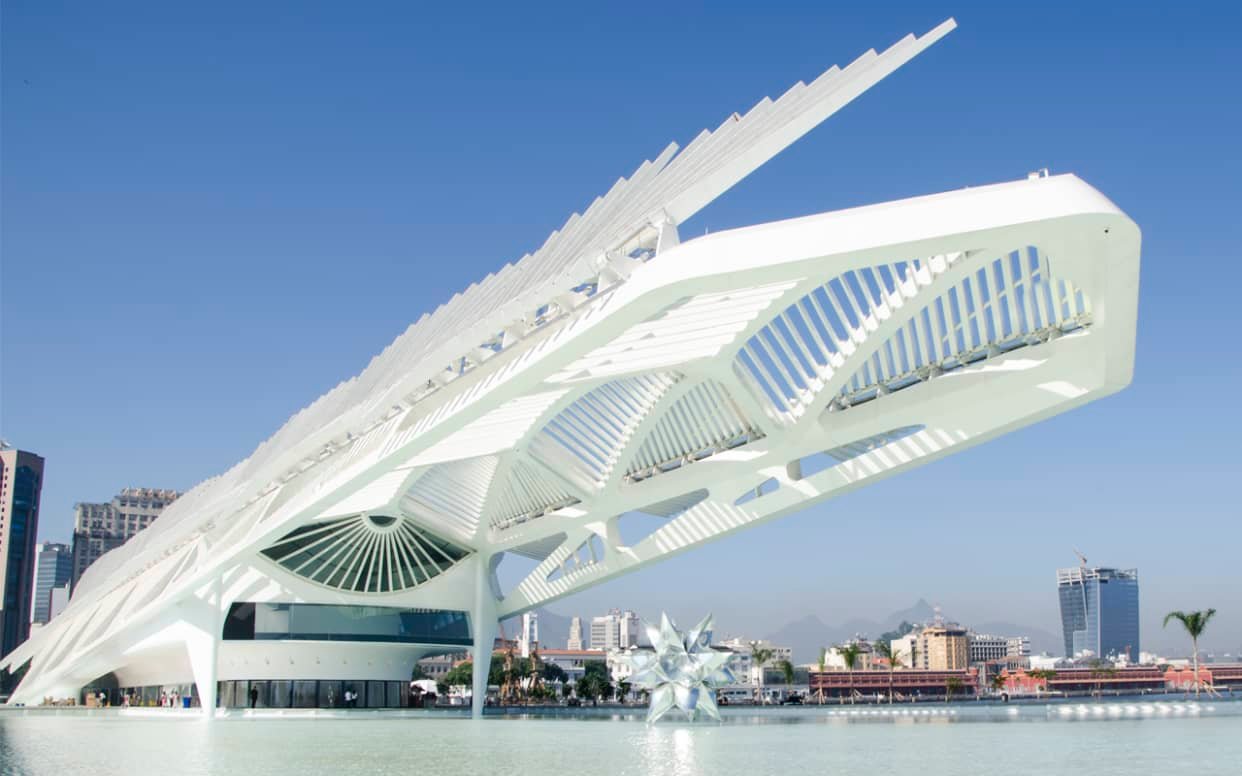 This “Museum of Tomorrow” in Rio de Janeiro is the largest urban development in Brazil. The project has a visionary green approach to construction, with selective trash management, sustainable lighting, bicycle lanes and reforestation to reduce its carbon footprint. It is also designed in connection with its surroundings, which has been a key concern of many of Calatrava’s works: it is surrounded by a fountain that creates the illusion of the building floating on water. It hosts temporary and permanent exhibitions, which has turned it into an important cultural venue. It is part of a plan for revitalizing the city while respecting historic landmarks. Its structure includes an auditorium, a museum store, a restaurant, educational facilities, research space and a top floor that offers panoramic views of the Guanabara bay.

Which other works by Calatrava would you add to this list? Share your opinions on this architect’s work with us! WE RECOMMEND YOU TO READ Biophilic Design: In Search for Natural Connection