5 Iconic Buildings You Shall Not Miss in Chicago

07 Oct 5 Iconic Buildings You Shall Not Miss in Chicago

Chicago’s skyline has no parallel. Among skyscrapers, historic buildings and radical architectural experiments, it’s the ideal destination for every architect or architecture lover. Here’s a selection of five iconic buildings you shall not miss whenever you visit the city. 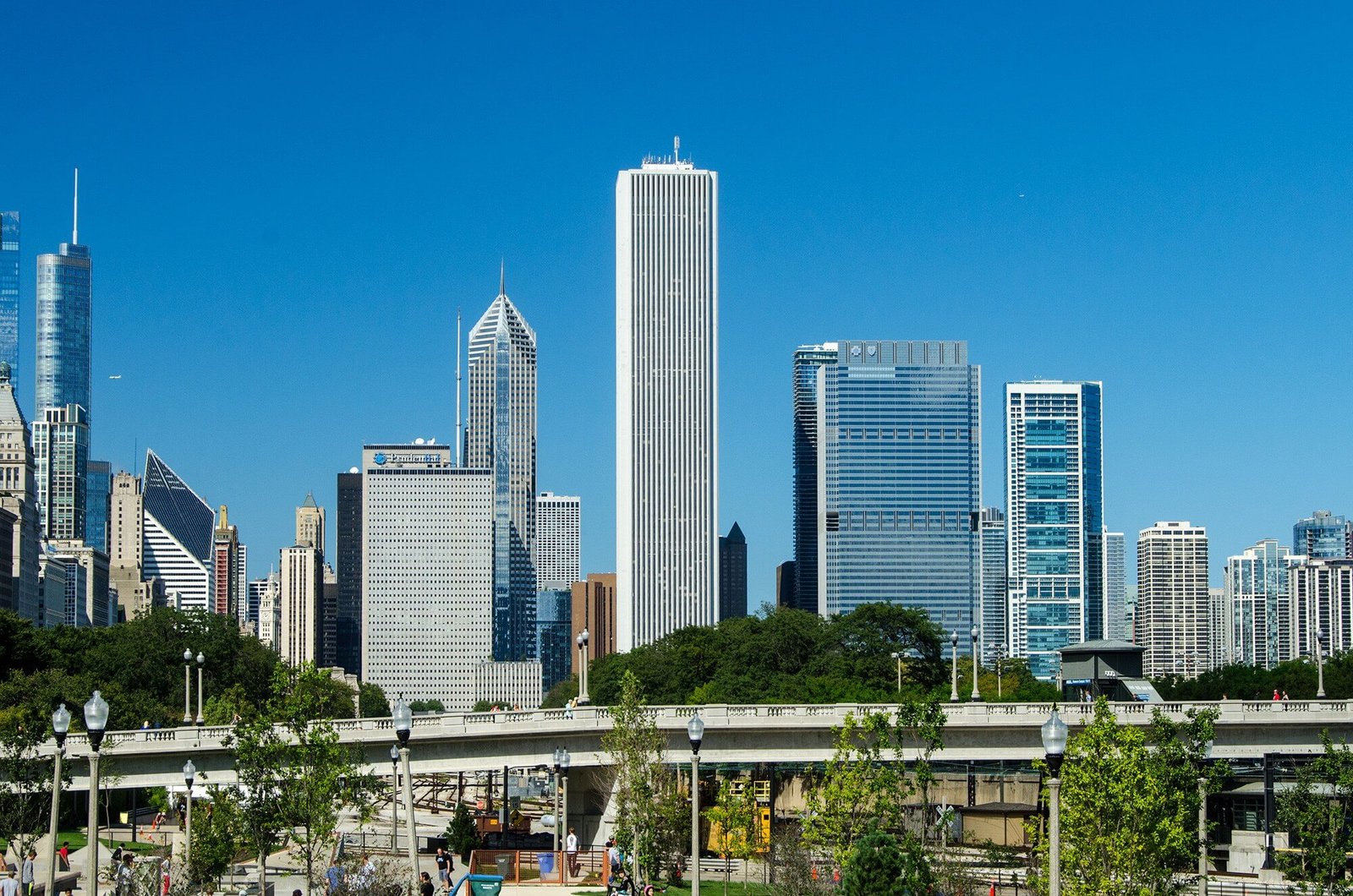 It was designed by Edward Durell Stone and Perkins & Will in the early seventies with the purpose of hosting offices. The 346 mt tall, 83 storey skyscraper is the city’s third tallest building. It was originally covered by marble. The marble, however, didn’t work and started falling off, so it had to be replaced with Ku white granite in order to preserve the building’s signature shade. 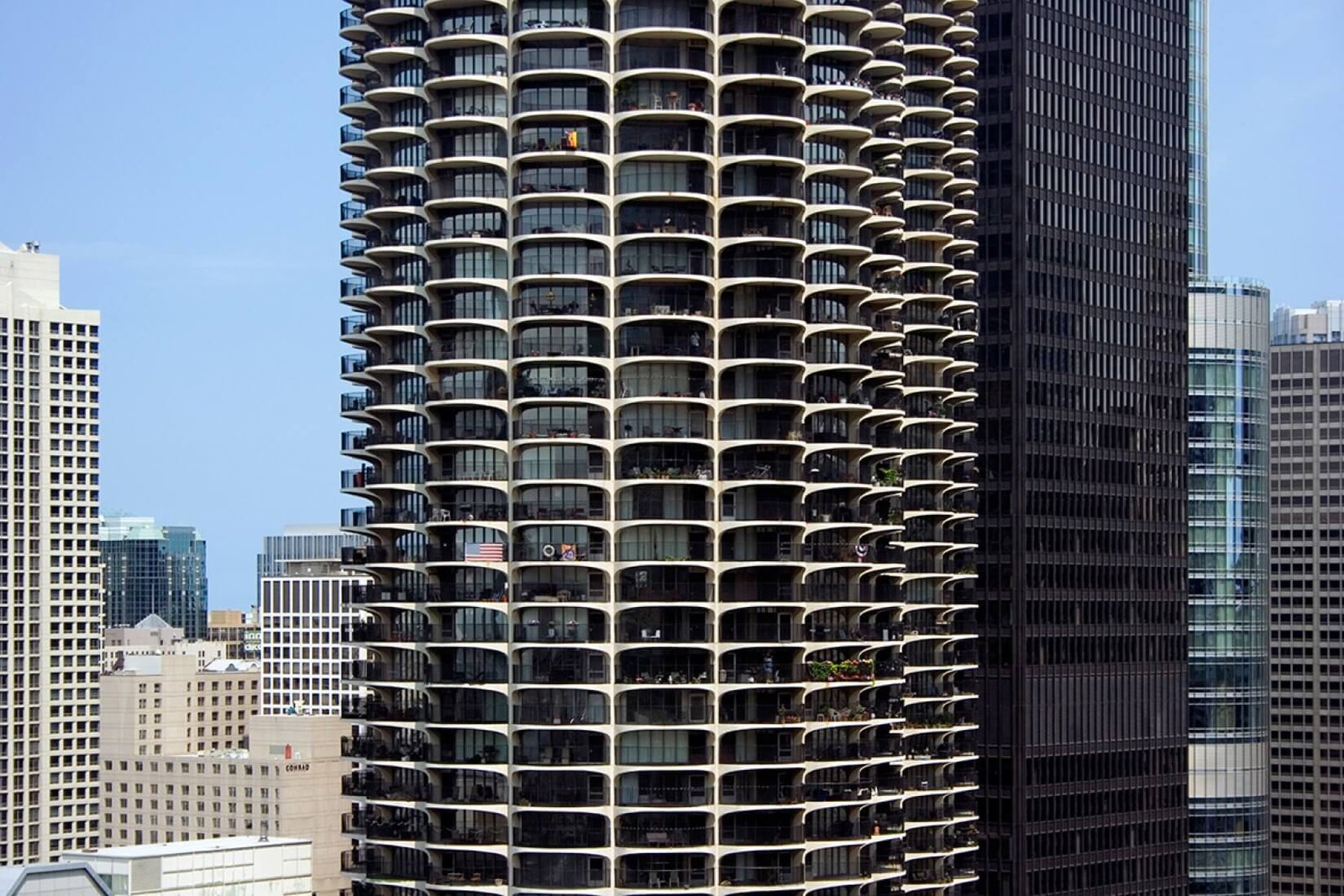 This building was designed by the architect Bertrand Goldberg. It was the first urban housing development in the city, located on the edge of the Chicago River, facing the Loop. It is conformed by two 65 storey towers, each 179 m tall, it also has an auditorium, a hotel, a grocery store and a dock. This development’s plan is a precursor of the way in which housing is planned nowadays within the big cities, aiming to reduce the need for muy and simplify its inhabitants’ lives. 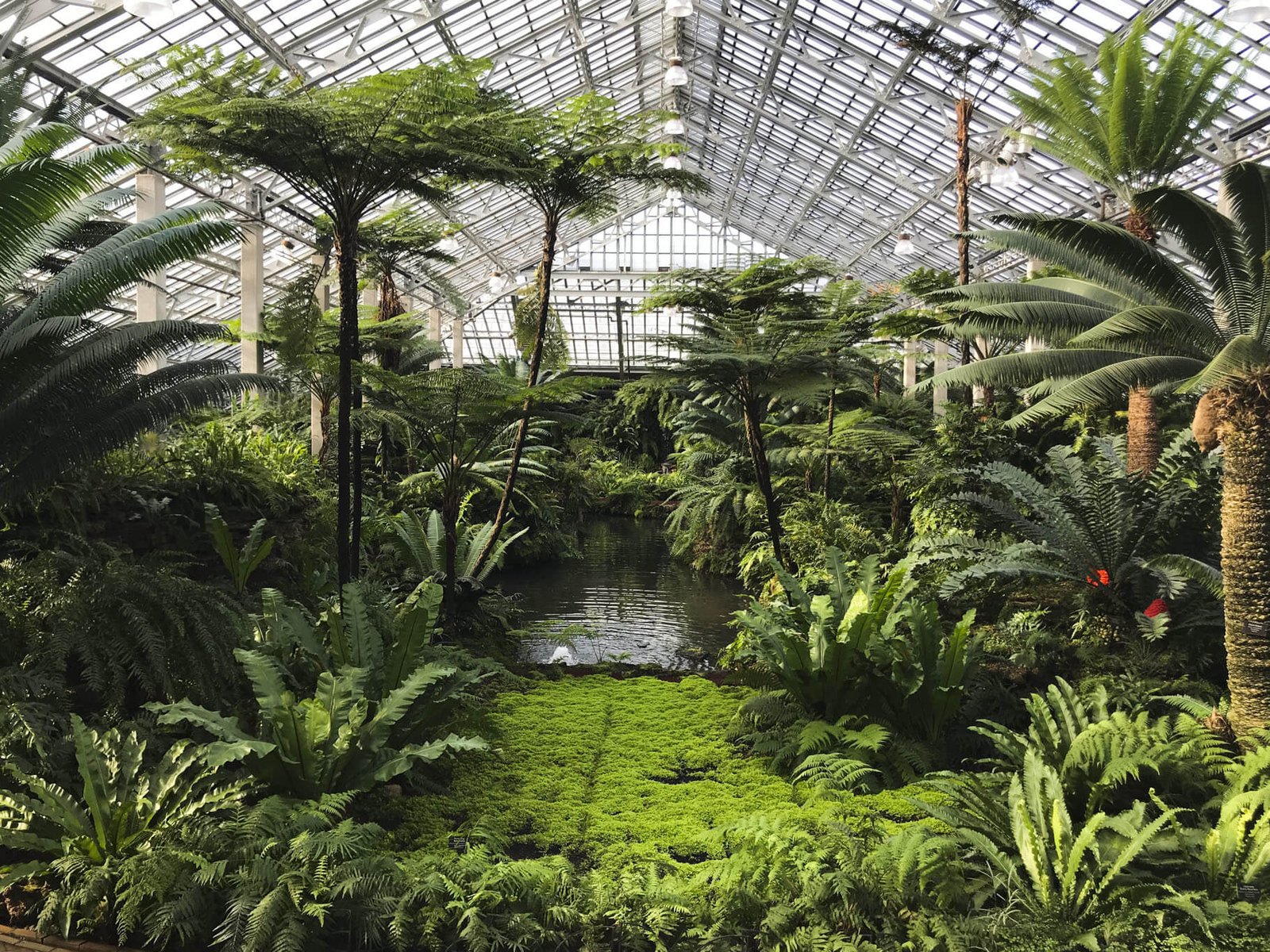 In Garfield Park you can visit one of the biggest and most impressive conservatories in the country, which is 4.5 acres, with six greenhouses and two exhibition halls. It  hosts a series of exhibitions that showcase different vegetation species from all over the world, and it also provides plants for several parks and public spaces in the city. It was built in 1905 by designer Jens Jensen and architects Schmidt, Garden & Martin.

If you want to visit the conservatory, here are all the details: https://garfieldconservatory.org/ 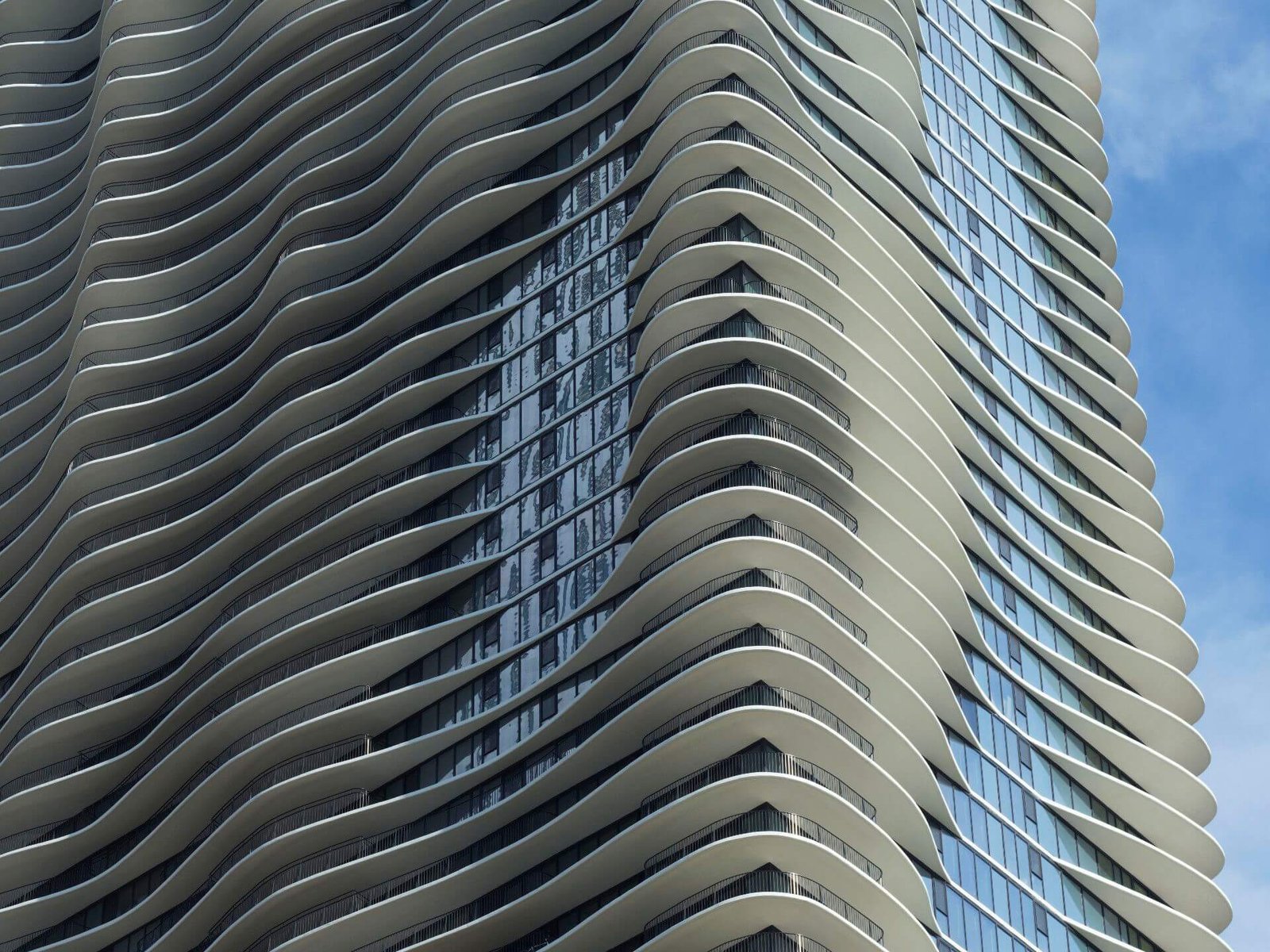 This 86 storey skyscraper is located at Lakeshore East, in the heart of Chicago. It was developed by Jeanne Gang, one of the most iconic living female architects in the US. It is surrounded by several amenities like gazebos, pools, and a running track, it also has extended balconies that allow residents to have privileged views of the city. The exterior is shaped in a nearly sculptural manner, with irregular pieces that create a wave-like effect. It includes housing areas, a hotel, commercial spaces and offices. It also has a green roof, among other sustainable traits that earned it the LEED Certification. 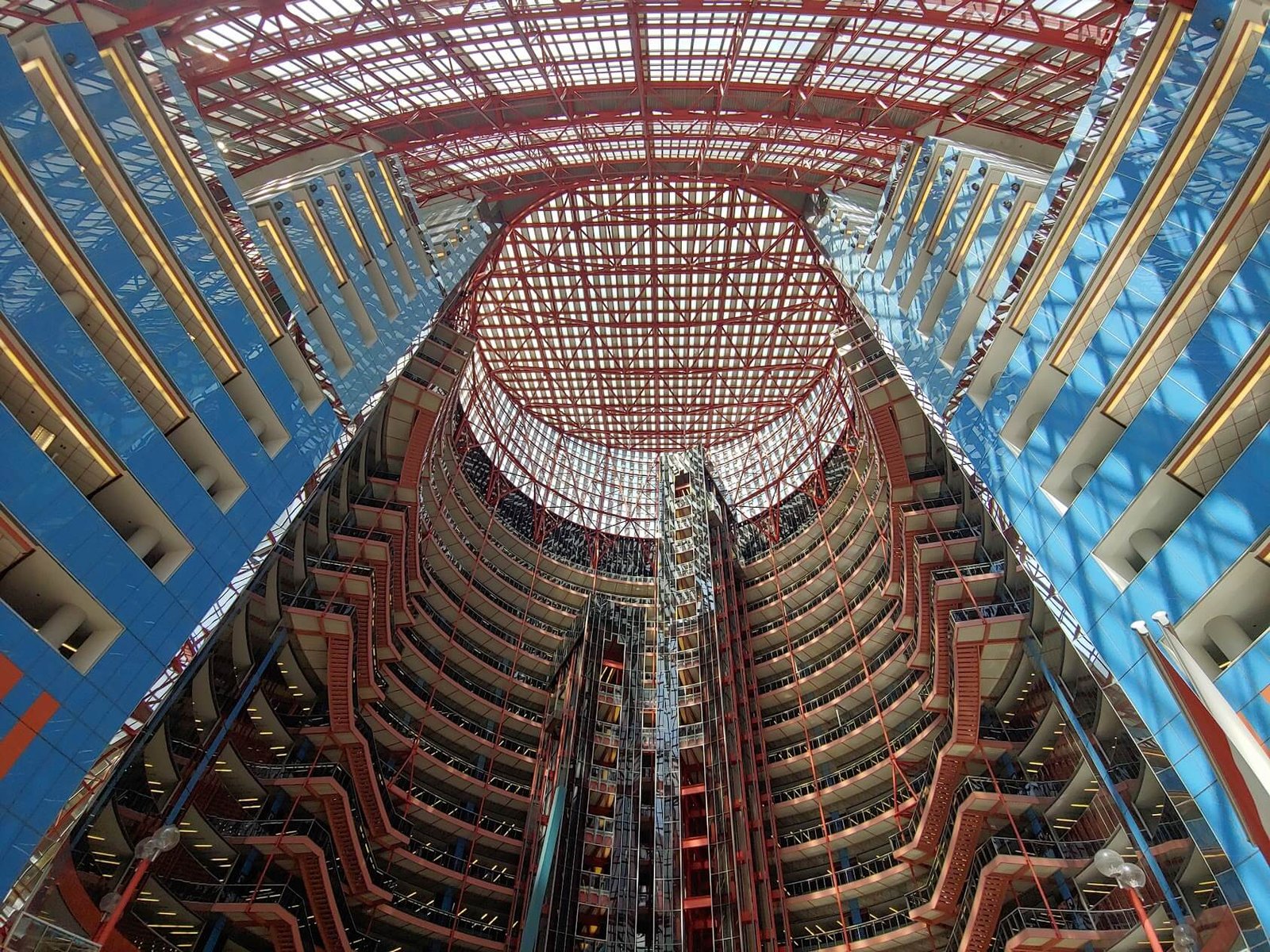 This building was finished in 1985 to host offices of the Illinois state government. It is a postmodern architecture icon due to its glass and steel design and the shape of its structure. The interiors are impressive: the open atrium’s skylight, its exposed stairs and elevators make the visitors’ experience truly fascinating. The whole building was designed to create a sense of openness and transparency. After facing the risk of demolition, this city landmark  is now enduring a repurposing process whose result we can’t wait to see. Tell us, have you visited Chicago? Which other buildings would you add to this list?

You can know more details about these and more buildings, or even book your tours in this site: https://www.architecture.org/

YOU MUST READ The Role of Architecture While Facing Disasters